11 Lessons in Forming a Sustainable Movement
Becoming a Digital Leader
Bloggers as Internet Historians #iblog10 #phnet20
Blogging Communities: Relevance in the Age of Social Media
Breaking Through Your Fears
Building a Movement
Building a Tribe: Can You Lead Us?
Challenges in running a paid membership site
Change Maker - 7 Tools for Transformation
Creative Thinking is a skill, not just talent
Defining “You” as a Leader
Flywheel - No Miracle Moment
Focusing on social objects for success
Four (4) Disciplines of Execution
From Fox to Hedgehog
Lessons Learned in Launching and Operating a Membership Only Site
My Five Personal Transformation Sequence & Breakthrough Experience with Matthew Brauning
Reaching Mount Everest
Reflecting on ethos, pathos, logos
Speakers are not Heroes
Next Lesson

11 Lessons in Forming a Sustainable Movement 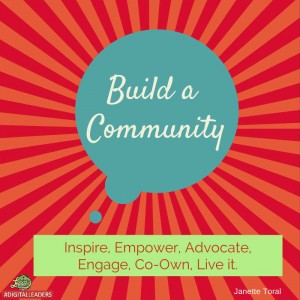 I gave a talk recently at Bannister Academy about my story and experience as a “digital influencer”. To prepare, I used my Maven Secrets talk notes as some sort of a guide. But something happened, I was expected to deliver a speech, not the usual Powerpoint presentation. End up scribbling notes from pages torn in a small notebook.

Good thing there were friendly faces in the audience, blogger friends, where I shared insights that I haven’t told anyone before.

At that time, I was reading the book “Brains on Fire” by Robbin Phillips, Greg Cordell, Geno Church, and Spike Jones. It is a great complement to Seth Godin’s “Tribes“. It provides a lot of valuable insight especially to those of us who get to handle projects that intends to mobilize people and form communities. 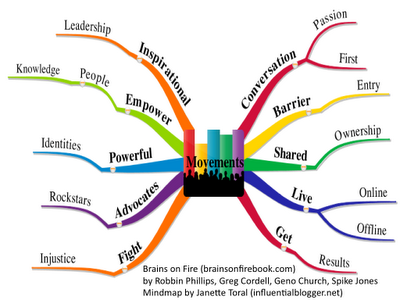 The book note of 10 lessons in forming a sustainable movement. Will also use my personal experience in expanding each further. They are:

In this passion conversation, you will also discover the frustrations and some form of “injustice” experienced by some that can provide ideas on how you will further shape the movement in mind. Whether that being tired of organizational politics (DigitalFilipino Club), looking down on new bloggers or blogs (Top 10 Emerging Influential Blogs), protest on fee-based awards (DigitalFilipino Web Awards and Social Networking Awards), promoting Internet publishing for kids rather than just games (Philippine Schools Cyberfair), lobbying for a law (Philippine Internet Commerce Society and One Internet Day), among others.

In the year 1999 and 2000, the young organization was a major player for the passage of Y2K Law and E-Commerce Law. It happened through the sustained conversation and activities of the community that gradually grew as days go by.

Therefore, the pressure is on for brands to really look for passionate people who has a buy-in with the brand to begin with. That buy-in has to be genuine rather than be seen as a business transaction where it expires as soon as the deal is over.

It takes only one passionate and committed person to start a movement. When the DigitalFilipino Club started, I thought at first, only active e-commerce players will join the community. Surprisingly, quiet people started joining the group who are just there to learn. But in getting to know them further, I realize that they have so much to share as well and to learn from too. As knowledge sharing gets fostered through conferences, networking events, articles, and video interviews, members were able to inspire each other and the audience at large.

From participation, through attendance or submitting a topic proposal, a lot who has joined the event became its evangelist who help spread the word by blogging about it, put the badge on their blogs, and refer sponsors.

There is that sense of community ownership as one takes pride taking home the coveted iBlog shirt and express concerns on some of the speakers whose topics get approved or how the event was handled. I guess there is strength in diversity.

When bloggers are able to share which blogs they regard as influential and up to the point when blog owners get recognized for their blogs, it becomes a powerful identity earned through respect from peers and relationship built over time.

Having a clear identity is important as that will set you apart from the rest. If done right, you can create a niche category or sometimes be referred to as a “category of one”. Find the spirit that makes you who you are (you or your brand).

When the rallying point comes, the relationship infrastructure built gets tapped and cooperation put to work.

In the DigitalFilipino Club, in most of our networking events, it is not the business owners who usually attend. There is this “you should attend or meet this…” scenario for every club event. Later on, I realized, it does pay off. Sooner or later, some of the folks who got sent to our club workshops or events start their own business or move on to other organizations. Then an e-mail will usually arrive where their new-found company or employer will join the group. The cycle continues.

The same happens as well when I get to speak in various blogging events throughout the country. Time gets invested to ensure that relationship is formed.

My lesson #11 that I like to share is all about leadership and agility. Have determination to pursue your vision. Have humility in recognizing that you are not perfect and re-calibrate to adjust to feedback. Don’t hesitate to reach out and tame your ego at all times. Be patient, kind, and always have peace in your heart.

There will always be politics and stumbling blocks along the way. Forming a movement requires you dealing with a lot of personalities. Some are good, critical, destructive, and helpful. With limited time, learn where to best invest and share valuable moments with.

Back to Course
Next Lesson
Login
Accessing this course requires a login. Please enter your credentials below!
Lost Your Password?